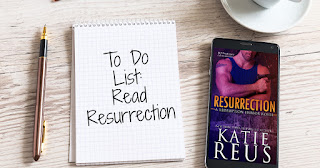 It's been a while so I wanted to let you guys know what's going on as far as releases and upcoming releases.

Resurrection, the first book in my all new Redemption Harbor Series launched last week! I'm happy to share this newest book with you all:


She faked her own death…Skye Arévalo left the CIA and faked her death to protect Colt Stuart, the only man she ever loved. Months later, a brutal kidnapping draws her to quietly infiltrate a dangerous cartel. Just when she thinks she’s home free, things go horribly wrong and she escapes with bloodthirsty enemies on her heels…only to find herself face to face with a bewildered and angry Colt.

He’ll cross every line to save her…When Colt, a former Marine, finds out the woman he loved betrayed him, he’s shocked and hurt, but it doesn’t stop him from breaking every law on the books to keep her alive. Unfortunately, it might not be enough to stop a powerful enemy who will do anything to see Skye dead. 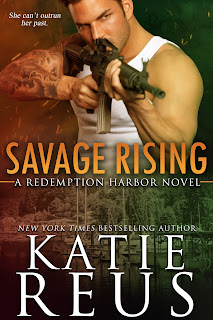 Book 2 in the new Redemption Harbor series: Olivia thought she could outrun her past. She was wrong. So she makes her way to Redemption Harbor in search of help. She finds it in Savage, a man who will do anything to keep her and her daughter safe. But the cost might be too high for both of them. And even if she manages to outsmart the dangerous ghost from her past, she might not be able to escape the consequences of her actions. Savage won’t let her face this alone. He’ll fight anything and anyone to make her his own—and to keep her alive and out of jail.

*Note: all retailer links will be live soon! 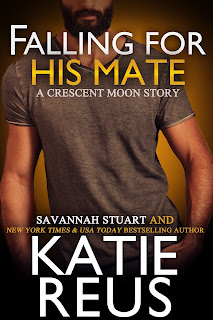 Falling For His Mate, a short sexy paranormal novella is releasing July 25, 2017


He screwed up.
Second in command of the O’Shea wolf pack, Andrew Reid screwed up and let Charlotte walk away from him. Now that he’s come to his senses, he’s determined to win her back, no matter how much he has to grovel. Because she’s a woman worth fighting for.

She’s not willing to trust him again.
Charlie thought Andrew was different from other males, that what they shared was real—that their connection was the rare mating pull. But a true mate wouldn’t have ghosted on her the way he did. So no matter what he wants, she’s not playing his games. To capture her heart for good, he’ll have to prove he’s worthy of a second chance. Even if that means he has to give up everything, including his pack.